Parkside recognised Holocaust Memorial Day with a moving and very sombre assembly respectfully delivered by one of the English teachers from De Salis Studio College.

Holocaust Memorial Day is a day each year when we remember the six million Jewish people who were systematically persecuted and murdered by the Nazis and their collaborators during the Holocaust. It is also a time to remember the other groups of people who were persecuted and murdered by the Nazis: Roma and Sinti people, disabled people, gay people, political opponents, trade unionists and many others. 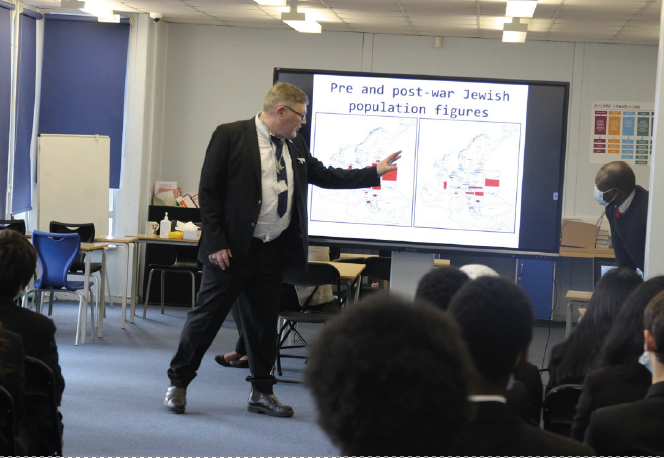 Thank you Sir, for delivering an insightful yet poignant assembly, capturing the true essence of this national day of commemoration.